Posted on 5 September 2015 by Lance Greenfield

If we were having coffee, I would be proud to tell you about my niece, who is currently staying with us, and the opening of the newly laid pitch of Andover Hockey Club.

Katrina has recently left the Welsh National Opera, where she has completed her second Masters degree in music, and will join the Royal Marines on Monday as their first permanent singer. Up until now, they have hired freelancers to sing at the big events with the band. Katrina will complete her Marine training and become a musician in the band. We will see her singing at Twickenham and Wembley and maybe at Buckingham Palace. I am so very proud of her.

This morning, she came to the Andover parkrun with me and posted a very respectable time. I am sure that she is fit enough to get through the tough training ahead of her in the next few weeks. 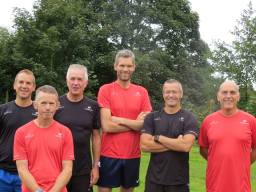 After the parkrun, we went to the Pavilion Cafe in Foxcotte Park to have a cup of tea with some fellow parkrunners.

Then it was onwards to John Hanson Community School for the big event.

The grand opening of Andover Hockey Club’s new pitch and lights at John Hanson Community School was very well attended. Club Chairman, John Priestley-Cooper thanked the many people who have been involved in arriving at this momentous day in the club’s history, not least the family of one of our founders, Clint Dickie. We should not forget all of the tremendous hard work that John himself has put into this wonderful achievement. Thank you John! 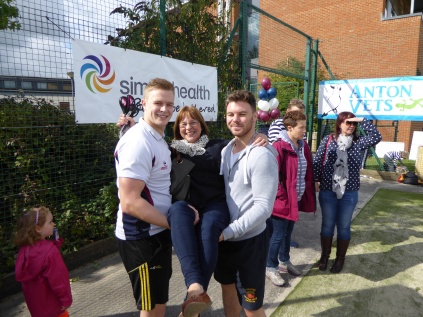 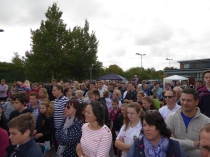