I was just rummaging through some old files and came across my journal and some photographs from the trip that I made with my brother and father to Ecuador in 1994. Oli had just finished his degree in European business studies at Brighton and Torino universities. I was in the process of changing jobs. My Dad wanted an adventure and we wanted to join him.

It was to be our boys’ own adventure to the exciting country of Ecuador. Ecuador is divided into four distinct regions: the mountains – Andes; the Amazonian jungle – Rio Napo and Rio Yuturi; coastal plain – boring; Galapagos Islands – paradise on Earth!

We flew out on the last day of July. This is my journal.

Gatwick had been expanded and was much more crowded than I have ever seen it before. Sarah kindly gave Oli and me a lift to the airport and came to see us off. On the Gatwick to Madrid flight we met Eric, a Frenchman who manages an advertising company in Madrid.

We had four and a half hours to wait in Madrid and spent it outside, watching life go by. The police were trying to keep abreast of the traffic problems with little success. They were taking their time getting a Mercedes towed away. It was double-parked and blocking a couple of other cars in. The owner returned with his family. Between them they eventually found enough money to persuade the policeman to dismiss the tow truck.

Once inside the departure lounge, we played rummy until we were allowed through to our flight. On the Madrid to San Domingo leg, the in-flight movie was the hilarious “Return of the Pink Panther” starring Peter Sellers. The service was lousy. The stewards and stewardesses were unsmiling and unhelpful. Iberia is a very poor airline to fly with. The San Domingo transit lounge was stylish and full of duty free shops. I planned to buy Joy’s cigarettes there on the way home. 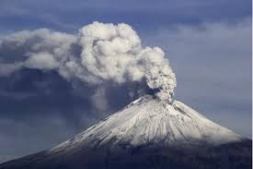 The flight landed just about on time, and we could see Mt Cotapaxi on the way in. Its peak is the furthest land point from the centre of the Earth due to the Equatorial bulge. Dad met us and took us in a taxi to El Cafecito, a hostel run by Tony and Anna. We had breakfast of French toast with banana and honey, and coffee. We walked up the hill to the South American Explorers’ Club and met the administrators, Logan and Damaris. I read the noticeboard and some expedition reports. There was a notice to warn “Don’t go to the $*%#!$& club – a policeman’s son runs it – girl in jail over drugs – visit her if you can”.

After a short walk we caught the bus to North Quito. It cost S/-150 (Sucres), which is about 5 pence, for a half hour journey. People were jumping on the bus to sell things as we went along. This included a juice extractor for S/-1000 (33p) which I bought.

We walked back through the market and parks. On the way we had to wait for a train to move which had stopped in the middle of the road. The small Indian children were dressed just like the adults, even to the extent of wearing Trilbies or bowler hats.

Watching volleyball in a Quito Park

For lunch we had fried fish and rice with various salads and a bottle of beer. That cost S/-5500 each (£1.60). I had a haircut on the way back. I got chased into the barber shop by a woman, which worried me a little. She turned out to be the owner and was called Margarita. She was a teacher of hairdressing and biology at a local school. I was taken into a special area in the shop, bumping my head on the low doorway on the way. There was no waiting for me! My hair was washed in a proper hairdresser’s basin with a bucket and jug – twice. It was cut by the student hairdresser who seemed afraid to cut too much off. I said “Mas corto” about twelve times, but each time she only cut off another half millimetre. The teacher took over and managed to cut my hair to as decent length. Margarita’s husband was a lecturer in psychology at the university. The haircut cost S/-4000. I gave them S/-5000 (£1.70) with which they were absolutely delighted. Not bad for one hour’s work for 2 people!

Our next stop was the Magic Bean, which is another hostel and was run by Logan’s brother, Bill. Whilst we had a snack and some coffee we played two games of Cuarto:

Rules: form lines of 4 or squares of pieces with same characteristics. 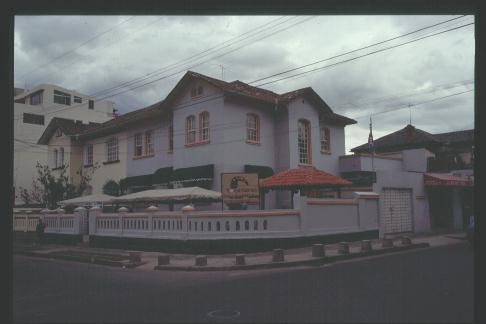 When we got back to El Cafecito we met Tony, the landlord. He was born in Ottawa, had lived for 10 years in Manchester and also in Marseilles. We asked him where we could go on a day tour and he recommended a place called Papallacta. He said it would be an experience to go by bus from Avenido 6 Deciembre. As things turned out, he was absolutely right!

We had dinner at La Chosa, which Dad had already recce’d. I had calve’s foot, peanut and corn soup, followed by corn pancakes, beer and a marvelous fruit drink with cinnamon called chicha de morocho. The cost was S/-17000 each (£5.50).

We slept in a four bunk room which we shared with a chap called Daron who was from Israel. Dad got up at 2am to go to the toilet. His movements woke us all up to hear the noise from next door. Someone was bonking in there. It was also a four bunk room, which was shared by three girls and one man. I wondered what the other two girls were thinking while the row was going on. The girl in the act just couldn’t keep quiet – “ah!” with every stroke, then a giggle and lots of whispers and “shh”s. After about twenty minutes there was a final, climactic, high-pitched “Oooooooh!”, followed by a last, lower-pitched sigh of “Aah”.

Oli and I waiting for the bus

I got up at 6.15 and went for a shower. Que sorpresa – no hot water! No pressure on cold so I spent 5 minutes filling up the wash basin for an all over wash in cold water. You try it sometime. It’s a never-to-be-repeated (if you can help it) experience.

We went up to the British Council for a breakfast of bacon and egg, toast and marmalade, and coffee. Paul and Irvana, a couple from London were running the restaurant. A short walk took us up to the Plaza Republica Argentina to catch the bus to Papallacta which left at 9.10am. It was already overcrowded when we boarded and there were chickens on the bus as well as people. Oli and I stood for the whole duration of the two and a half hour trip. Dad sat on the engine box directly behind the driver. This was very hot. Towards the end of the journey Dad drew the attention of the conductor to a leak which was coming from the engine box. We were alarmed by the thought that it could be inflammable fuel. Fortunately, it was only the result of the driver peeing himself as we drove along! The fare was S/-3000 each (one pound).

Exploring Papallacta, we found the Science and Technology College and the school. We saw a Chinese lantern tree and we had the usual chicken and rice (pollo con arroz) for lunch. After lunch we walked the mile and a half up to the volcanic baths for which Papallacta is famed. On the way we found a street lamp which consisted of a 60W bulb atop a wooden pole. The switch was a break in the cable which had been looped so that the two broken ends could be hooked together.

The baths were very warm except for one which was fed direct from the river. We met a group of very young missionaries from North America. They believed that they had had a miracle. Their coach had crashed on the way back from Coca. One girl had “died” from internal injuries, but was “brought back by Jesus”.

On the way back to Quito the drivers swapped over, on the move, whilst heading directly for a wall. This action didn’t frighten us at all – honestly folks!

Back at El Cafecito we got changed to go out to the Colombian Steak House. Oli was badly sun-burned and Dad and I had also caught the sun. I had mixed grill which included cow’s intestine. Afterwards, we went to Big Dave’s place for a [Tequila] Marguerita. Dave and the barman told us of a few places we could visit which included Lago Quilotoa and Zumbulwa. We never actually got to either.

Excuse the quality of the photos. They were taken with my first ever digital camera. 1 Megapixel was considered high resolution in those days!