Posted on 29 September 2016 by Lance Greenfield

So many people had told me that this film is hilarious that I had to see it for myself. They were right! From the beginning to the end I was laughing out loud along with the rest of the audience.

My favourite parts of the film, the parts which made me laugh the most, were in the television studio where Bridget (Renée Zellweger) works as the producer of a news programme, feeding words into the ear of her anchor woman and best friend, Miranda (Sarah Solemani). To make matters worse, and funnier, they are overseen by the new, ultra-critical, young director of Hard News, Alice (Kate O’Flynn). These scenes are typically chaotic and brilliantly comedic. 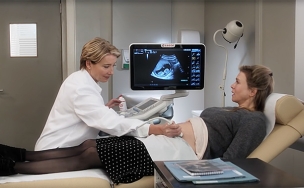 The plot is well described in every article and review of this film, so I won’t bore you with more “Bridget the geriatric mother battles with guilt trip whilst wondering whether the father is Mark or Jack” narrative.

There were a couple of cheeky side-swipes at past events that maybe only the British audience would know about. The first was drawn from 2006, when the BBC mistakenly interviewed Guy Goma, who had come for a job interview, instead of Guy Kewney, who was due to appear on BBC News 24 to discuss  Apple’s legal battle with record label, Apple Corps. Wrong Guy! The second was a reference to Margaret Thatcher’s “We are a grandmother” quote, when Bridget’s mother says almost exactly the same.

An extra boost for me came near the end of the film, when I realised that the hospital where Bridget Jones’s Baby would be born was University College Hospital, London. That is exactly the same hospital where yours truly was born in December 1955!

I hugely recommend this film to everyone. It is a tonic which is guaranteed to make you feel happy.