From the Depths of Despair to Road Warrior 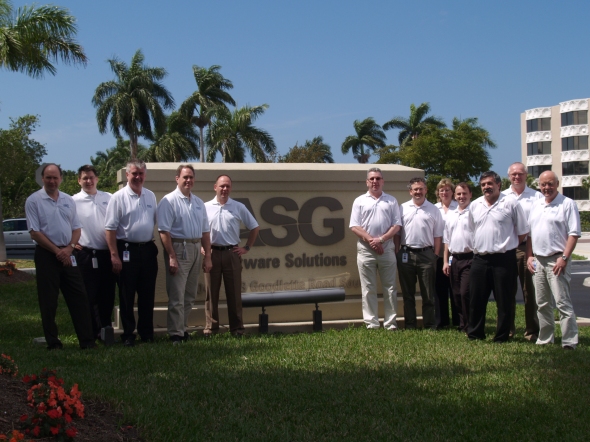 On 13th December 2017, my position as EMEA Vice President of Professional Services and Presales at ASG Technologies was made redundant. The given reason was that it was a necessary cost reduction. At the time, I believed that. 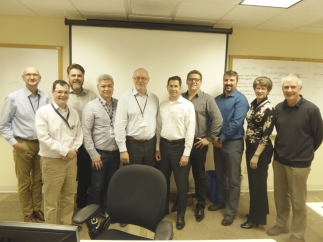 Since then, I have been persuaded that the real reasons were very different. Many of my friends, who are still employed by ASG have commented to me that they are sure that my exit was engineered by somebody with great influence who didn’t want me working for the company anymore. Several facts that seem to support that conclusion. 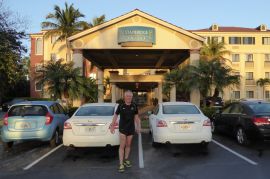 I do wish that I was still at ASG, contributing to the company’s continued success. From the day that I joined, 1st February 2008, I always envisioned myself as working at the company until the day that I finally retired. I loved my time at ASG and I really miss a lot of my friends and colleagues and the way that we worked so well together.

There has always been a small part of me that hopes that my friends are wrong and that the reason for my redundancy was a true cost cut and that I was a victim of my own success: my team was running so well that they no longer needed me.

Unless you’ve been there, it is hard to explain how devastating it is to discover that you have been deceived and betrayed by those whom you trust. I once did a mutual SWOT analysis with a friend who was on my team. He identified ‘trust’ as both a strength and a weakness. He told me that I tend to trust people immediately until they give me good reason not to trust them. Somebody deceived me and that hurts.

However, all of that is behind me now and it is time to move on with my life. 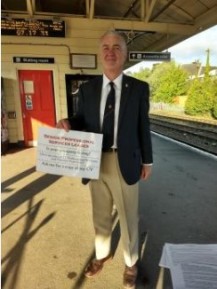 In the darkest days of the two years that I spent looking for jobs, sending off over 250 applications, I became very upset by the thought that somebody in a lofty position at ASG had been disturbed enough by something that I said or did to them that they saw fit to engineer my removal from the company that I’d loved and served for so many years. That person obviously didn’t have the balls to speak with me about whatever I had said or done. What a shame that I had to suffer for their weakness. There was a time that their action against me drove me to the very brink of suicide.

On that day, it was only good fortune that saved my life. I bumped into an old friend as I walked, full of determination, toward my imminent demise. He held me in conversation for over half an hour, by which time I had returned to my senses enough to question my intentions. He doesn’t know that he saved my life. Perhaps, someday, I shall tell him.

There was a second occasion on which I came very close to suicide. I had got to the point where I was applying for all jobs at any level. I just wanted to work. I had been through the selection process to become a supermarket assistant and had convinced myself that they would give me the job. I received a rejection email. At that point, I came to believe that nobody wanted me or understood the value that I could bring to their business. That rejection email was total rejection of me by everyone. Nobody wanted me!

I made my way up to the railway station and sat on the bench waiting for the westbound train to pull in. I was going to wait until the last second of its approach before I flung myself under its hefty wheels. I would soon be pâté on the line.

The train was twenty minutes late. During those minutes I thought of all the problems that my death would cause for friends and family and for the poor driver of the train that crushed me and the people who would have to clear up the mess. I decided to save them all the trouble.

Out of those depths of despair, I have arisen, a new man with all my usual positivity and energy restored. 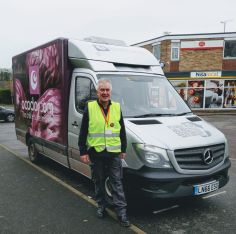 I have secured employment as a Customer Services Team Member, Delivery Driver, at Ocado, which is officially the top online supermarket in the United Kingdom. I am very proud and happy to be part of the company and the brand. I love getting out on my route, delivering to lots of wonderful, appreciative customers.

The only stress in the job comes when I am running late and I feel that I am letting my customers down if I have to call them and let them know that I will be arriving 30-60 minutes after the end of their scheduled slot. Almost all of them are very understanding and tolerant and are happy to receive their groceries. Nevertheless, I can’t get over the feeling that I am letting them down and that I am not providing the best possible service for them. 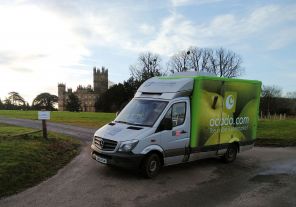 The money is not great, but I have a job. I am occupied. I have exhausted any savings that I had before I was made redundant and I am having to top up my income by drawing down on my pension funds. I still have an outstanding amount on my mortgage and my car loan, but I will survive.

I have lots of new friends and I am working for a great company who appreciate my contribution.

In the current world health crisis, people appreciate the essential service that is brought to them by delivery of their groceries to their doorsteps. Over the past few days, my customers have told me that I am a “road warrior” and a “superhero.” They are full of gratitude and compliments. I am only doing my job but such appreciation makes me feel fantastic.

What have I learned from these experiences?

I have truly risen from the depths of despair to become a road warrior.

8 Responses to From the Depths of Despair to Road Warrior